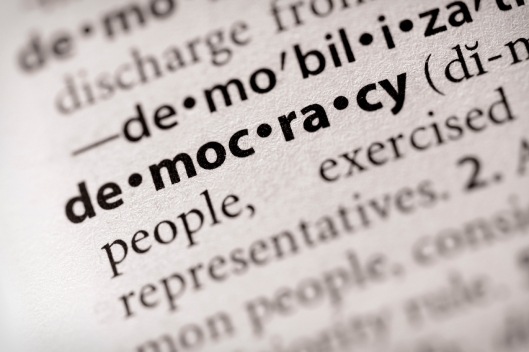 SAN FRANCISCO and LOS ANGELES, February 3, 2009 — Today Repair California, a group of everyday Californians, reformers, and advocacy groups demanded that signature gathering firms, their regional coordinators, and some crew chiefs, immediately cease the improper, unethical, and illegal boycott of the Constitutional Convention movement, and stop the threats, intimidation, and other dirty tricks that are interfering with California citizens’ right to collect signatures for the Convention campaign.

“We are building an organization that can survive the dirty tricks, but rather than cover up these moves to snuff out this citizens’ movement, we felt it best to expose them to sunlight,” said John Grubb, Campaign Director of Repair California.  “Here lies the dark underbelly of California’s political control.  It’s a very bad sign for our democracy that reminds one more of ‘Caligula’ than ‘Mr. Smith Goes to Washington.’  We need help from political leaders and everyday Californians willing to stand up and loudly say this is not right.”

Repair California has turned in ballot language to call the first Constitutional Convention in
California in more than 130 years.  Citing a broken system of governance, the measures would call a limited Constitutional Convention to reform four areas of the constitution: the budget process; the election and initiative process; restoring the balance of power between the state and local governments; and, creating new systems to improve government effectiveness.  The Convention is specifically prohibited from proposing tax increases or from considering changes to social issues such as marriage, abortion, gambling, affirmative action, freedom of the press, freedom of religion, immigration, or the death penalty.  Voters will decide on calling the Convention on the November 2010 ballot, the Convention would be held in 2011 and its proposed reforms would require voter approval in one of the three scheduled statewide elections in 2012.

“Californians deserve better,” said Jim Wunderman, the President and CEO of the Bay Area Council, the organization that started the Convention movement.  “Our entire democracy is demeaned when the question of calling a Convention is denied a fair fight on the field of ideas before the voters.”

The letters sent today by Repair California’s attorneys at Hanson Bridgett alleges that certain signature gathering firms are engaged in conduct that violates State and Federal Antitrust law, and the Constitutional rights of Repair California and the people supporting it.  The “blacklisting” of Repair California has harmed the Convention campaign by limiting and interfering with its right to engage a signature collection firm, and has resulted in a drastic increase in prices offered Repair California.  A group boycott violates Section 1 of the Sherman Act, 15 U.S.C. § 1, and it is also contrary to the California Unfair Competition Law (UCL). Cal. Bus. & Prof. Code § 17200, et. seq, which protects California businesses and consumers from unfair and anti-competitive activities.  In addition, the Convention campaign alleges that people actually or apparently acting on the signature gathering firms’ behalf are engaged in behavior intended to threaten and intimidate persons who are circulating petitions calling the Convention.  Also, there is evidence of “dirty tricks” designed to thwart the Constitutional Convention petition effort.  For example, persons acting on the signature gathering firms’ behalf may have thrown valid signatures away.  Hanson Bridgett, lawyers for the Convention campaign, have notified those who may be responsible for such illegal activities that Repair California, and the citizens it represents, have the Constitutional right to circulate petitions to qualify an initiative for the ballot, and that any interference with this right is a basis for a lawsuit.